What is an ESE Coffee Pod?

A coffee pod is the coffee making equivalent of the teabag: a pre-portioned serving of coffee wrapped in a paper filter, ready to be infused with water.

ESE (Easy Serving Espresso) is the worldwide industry standard for coffee pods, and existed a long time before the plastic or aluminium pods we see now.

ESE pods can’t be used in a pod machine as you would expect – only in compatible espresso machines. But there are dozens of models which will accept them.

One of these pods contains between 6.5-7.5 grams of coffee, packed into a tight circular puck. The pod is placed in a special filter (usually supplied with your espresso machine) that fits inside the portafilter.

The very first coffee pods were developed by K. Cyrus Melikian and his team at Automatic Brews and Coffee Devices in Pennsylvania, USA, in 1959. They were developed in answer to their customers’ demand for a system to brew fresh coffee automatically.

It was no easy task, Melikian likened it to “flying to the moon”, as not only did they have to create a brewer from scratch to use the coffee pods, but they also had to create a production line too, to make the pods. Many of the product specifications developed back then are still used today in the formulation of ESE pods.

Coffee pod machines were not an instant success. At the time of their invention, the worldwide trend for coffee was focused more on price than quality, so the machines were deemed too extravagant. However, they did enjoy some early success in the Italian workplace. They were seen as a quicker and cleaner way for workers to make and enjoy an espresso in the office. Prior to this, some companies even went to the length of employing someone full-time, specifically to make espresso for all the staff and guests. Later on, these machines were adapted for use in restaurants to negate the need for anyone to be trained in using a traditional espresso machine. 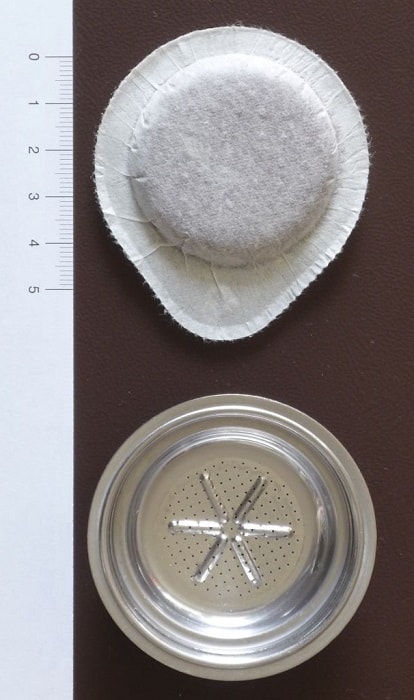 The use of espresso pod machines in the home didn’t become popular until 1998 when Illy co-founded the ESE Consortium and created the ESE standard.

With the launch of this standard, Illy made a concerted effort to mass market these machines as a convenient way to enjoy espresso in the home. In addition, as the idea is an open standard, other roasters could adopt the design and produce their own brand of ESE pods; this in turn helped to encourage other coffee machine manufacturers to produce ESE friendly machines.

The key selling point of ESE pods is convenience. The handcrafted preparation of espresso requires skill and is somewhat messy. Grinders have to be calibrated; the coffee needs to be dosed and tamped correctly; all the equipment and the surrounding workspace needs to be cleaned. With an ESE pod, there is none of this. The pods are already pre-dosed, pre-tamped and the coffee grounds stay contained in the paper filter. Once finished, the pod can simply be discarded like a teabag.

However, the convenience of ESE pods comes at a price: the taste of a carefully handcrafted espresso is by far superior to that of an ESE espresso. In fact, a pod isn’t even in the same ballpark. In comparison to handcrafted espresso, pods lack depth of flavour and liveliness in the mouth. There are two main factors for this:

The coffee in ESE pods is not as fresh as that used for handcrafted coffee.

When making espresso, the coffee is ground immediately before use, to preserve all the flavours. This is because the actual grinding process releases aromatics from the coffee which are lost from the end cup if not used quickly. Ground coffee also has a much larger surface area than that of a whole bean, leaving it more vulnerable to the elements.

ESE pods are pre-ground at the factory so can’t compete for freshness. However, the coffee in these pods is far from stale: most manufacturers seal their pods in individual foil packages, and these are usually flushed with nitrogen to remove oxygen, further preserving their flavour.

Using ESE pods does offer a financial saving in the short term. The fact that they’re pre-ground means you don’t need a coffee grinder, which is a substantial saving. A good grinder for espresso making will cost well over £100. However, the cost of ESE pods is considerably more than coffee beans. Expect to pay upwards of £20 a kilo for ESE pods. On the positive side, unlike with beans, no coffee is wasted.

ESE pods brew too quickly to extract the fullest flavour from the coffee.

The flow rate of an ESE espresso is quicker than that recommended for a handcrafted espresso. When brewing by hand, the aim is to produce an espresso of around 35ml (1.25 fl oz) in volume within 25-30 seconds, as this is thought to be the optimum time to extract as much flavour as possible from the grounds before releasing bitter compounds and excessive caffeine into the drink. With an ESE pod, it can take less than half that time to produce the equivalent volume.

ESE pods are intentionally designed to have a quicker flow rate to improve consistency from shot to shot. However, the quicker flow rate is caused by less resistance to the water during the brewing process and this in turn leads to a lower brewing pressure, resulting in a lesser extraction. Also as there is no way to control the flow-rate with an ESE pod, it would be impossible to make espresso variations such as a ristretto or lungo.

ESE Pods vs. Other Coffee Capsules

There are many different types of coffee capsules available on the market other than ESE pods, such as Nespresso. In terms of price and taste, there is little difference between ESE pods and capsules.

However, the major problem with these other capsule systems is that, at present, they’re closed standards and so are exclusively made by one roaster: Nespresso is made by Nestle, and Senseo by Douwe Egberts. So, if you choose a Nespresso compatible machine, you are often stuck with Nestle coffee.

On the other hand, ESE pods are made to an industry-wide standard and are consequently available from a vast number of roasters and sources, including big names such as Illy, Lavazza and even supermarkets such as Aldi. So with an ESE compatible espresso machine, you have a much wider choice of coffee. Not only that but with many ESE compatible machines, you have the option of making espresso the traditional way too. 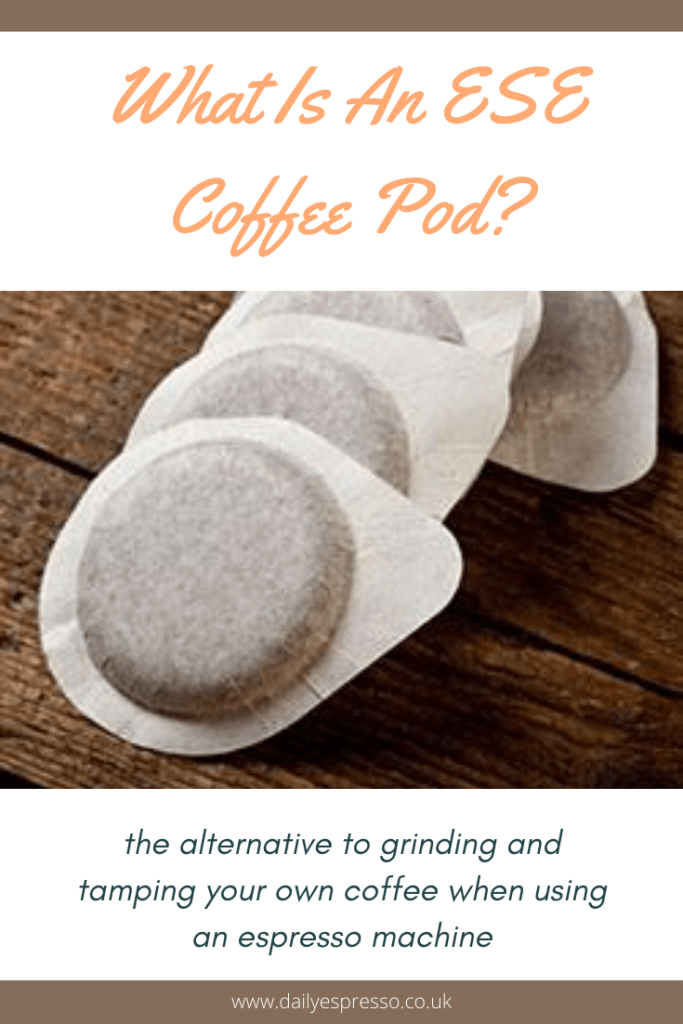